(Excerpt from the Marin IJ) 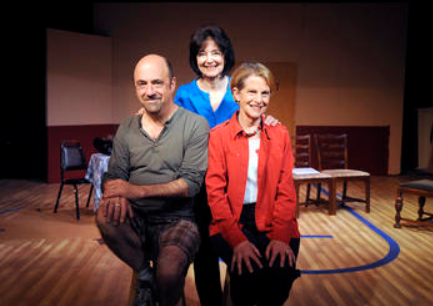 “It’s the most unlikely subject for a musical,” laughs Abrams of her latest collaboration, a musical based on the personality test known as the Myers-Briggs Type Indicator ®. And, she acknowledges, it may very well be the only musical based on the questionnaire inspired by the work of psychologist Carl Jung. “And yet, it certainly seems to work as a show.”

The musical, “Just My Type,” which will be performed as a stage reading July 22 at the 142 Throckmorton, is the brainchild of Stanford oncologist Charlotte Jacobs and Redwood City psychotherapist Michael Sally. While a test might seem to be questionable material for a musical, the staged readings they’ve done so far were enthusiastically received. They hope to attract a producer and agent and take the show as far as it can go.

Sally met Abrams in 2007 when he performed in a San Leandro production of her “New Wrinkles” show, for which she was the musical director as well. By then, Sally and Jacobs had been looking for someone to write original music for the show…